This gallery features the wax pattern for the series Victims of War. I was prompted to start this series after learning, in 2003, of the death of American television journalist David Bloom. As a news anchor, he reported events of the day, along with light morning banter. He died while reporting on the war in Iraq. As an artist, I explore the societal roles of woman and men of my generation. His death prompted my interest in the role of men in war as a subject for my work. The three figures represent three aspects of war; those who start wars; those who are innocent bystanders; and those who witness and report the events of war. This ongoing series is in memory of my father who expressed to me that he could never engage in hand to hand combat but, nevertheless, went to war. 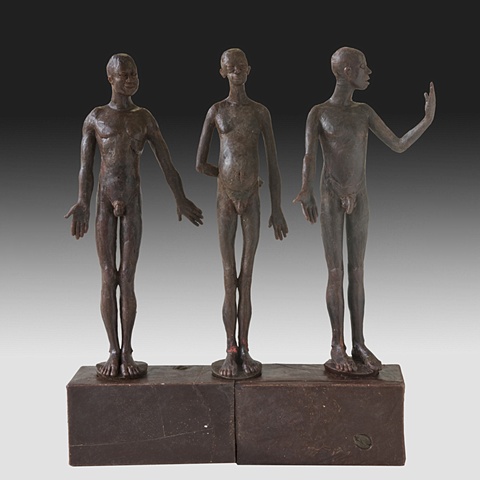 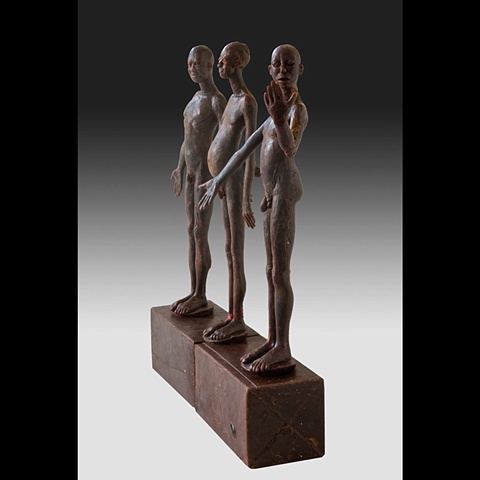 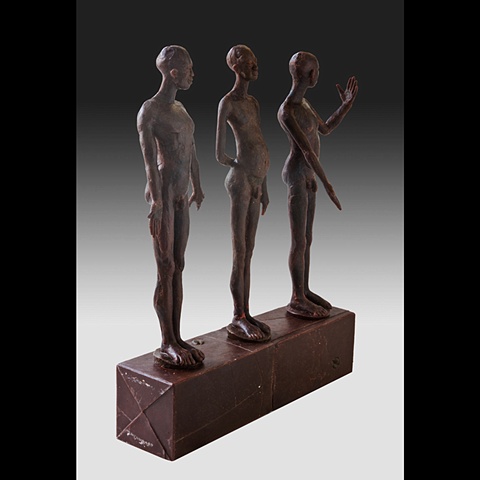 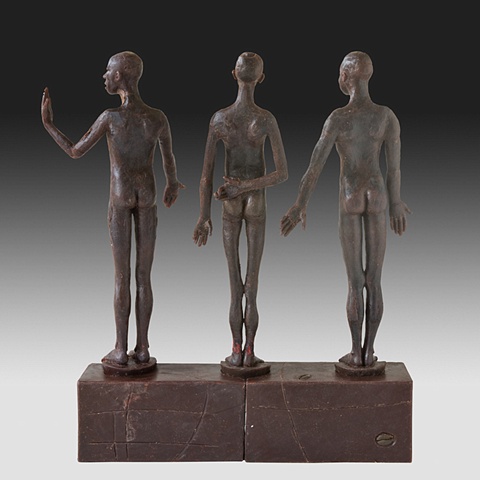 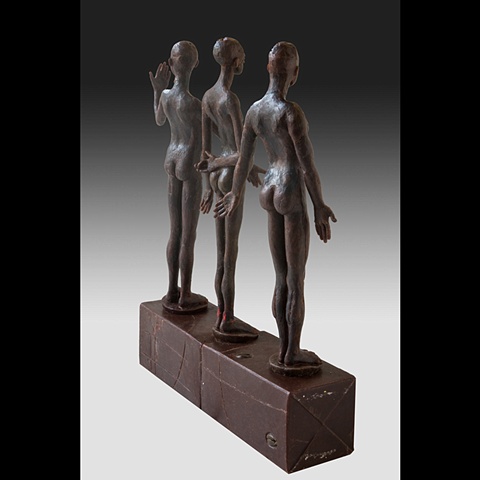 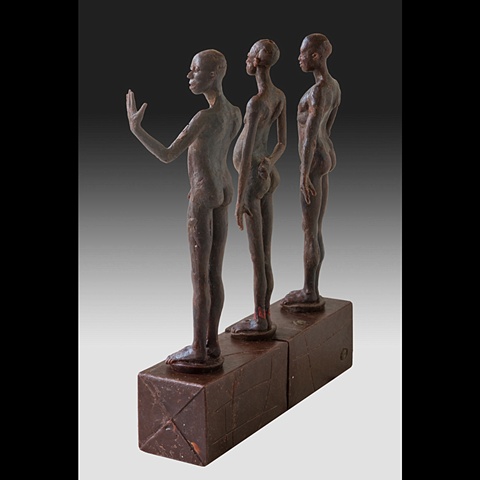